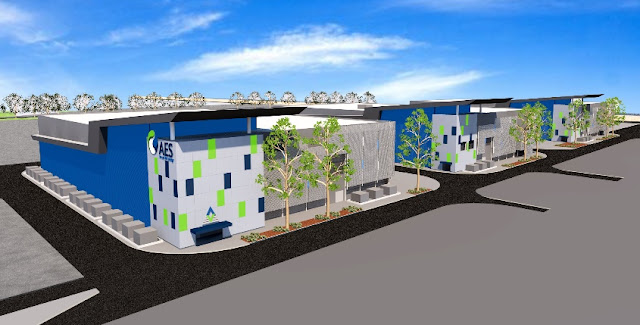 In early 2017, Environ was approached by AES Corporation's Director of Sustainability, Stephen O'Kane to come up with a facade design for its facility in Los Alamitos. The Alamitos Energy Center will replace its existing plant with a modernized facility.

The proposed modernization will include a replacement of their current water-cooled generators with air-cooled gas turbines, and three 300-megawatt battery buildings for which Environ designed the facades. The new plant will provide system stability by delivering reactive power, voltage support and frequency stability. It's a step forward in support of California's green energy goals.
Read more »
Posted by Environ Architecture Blog at 11:47 AM No comments: