What the FORK are you throwing away? How you CAN end hunger by EATING UGLY.

CANstruction is an annual competition in which participants create large structures out of canned food. The purpose of the contest is help end world hunger. Winners are announced and after a brief exhibit of the structures, all the cans are donated to local food banks.

For this year’s CANstruction competition, Environ’s Vice President Willetta McCulloh came up with a concept that promotes a simple message: “EAT UGLY.”

Her inspiration was an article by National Geographic in which the statistics of food waste were astounding:

46% of fruits and vegetables never make it from farm to fork.

According to the largest grower of mandarins in Peru, 30% of his crop won’t be exported because it won’t be the right size, color, or sweetness, or it might have blemishes or scars. 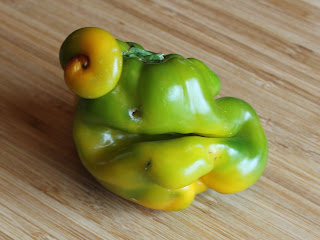 Not only does food waste mean more people go hungry, there is an environmental toll as well. The waste extends to water, fertilizer, pesticides, seeds, fuel and land needed to grow it.

The good news is that though these statistics are staggering and the issue seems a steep hill to climb, there is hope to change this reality. One remarkable hero who has taken on this challenge is Tristan Stuart, who runs an organization that campaigns against food waste. His interest in this cause led to his critically acclaimed book Waste: Uncovering the Global Food Scandal.

Fortunately, he isn’t the only one championing this issue. Some U.S. schools, where children dump up to 40 percent of their lunches into the trash, are setting up sharing tables, letting students serve themselves portions they know they’ll eat, allotting more time for lunch and scheduling it after recess – all proven methods of boosting the chances of “finishing their plates.” 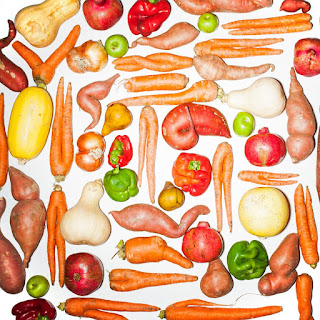 Other businesses such as grocery stores, restaurants and cafeterias, are becoming more thoughtful about purchasing, portion size and partnering with charities to which they donate, with the intention of reducing waste.

The trend is growing and has sprouted a number of groups who are spreading the word. Another hero is Jordan Figuierdo who founded EndFoodWaste.org and began the #UglyFruitandVeg campaign which has 100,000 followers on Twitter, Instagram and Facebook.

Some make such bold claims that eating ugly can “save the planet,” further citing the effect of waste on climate change.


The great news is that the awareness is not just limited to grass roots organizations. Larger corporations have taken notice. Whole Foods Markets is now testing “ugly produce” in some of their stores, and British retailer ASDA (a subsidiary of Walmart) has adopted this practice as well. It recruited chef-author mega-star Jamie Oliver to be the spokesperson for Asda's "Beautiful on the Inside" ugly fruit and veg line that is being tested in five of its stores in the UK. Asda estimated that with this new strategy in place it will save 10 to 20 percent of suppliers' crops from going to waste.

Right here in California, there is a delivery service called Imperfect Produce that finds the ugly produce from local farms, boxes it up and delivers it to your home through a monthly subscription. 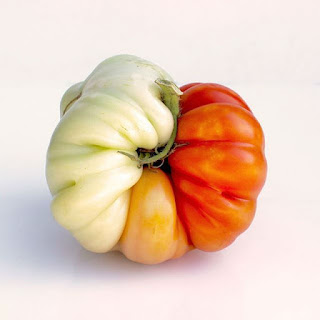 You don’t have to be a super-hero to end hunger. You can start by embracing that hideous apple, celebrating that warped tomato, or devouring that misshapen turnip - and encouraging others to do the same.

Posted by Environ Architecture Blog at 9:58 AM